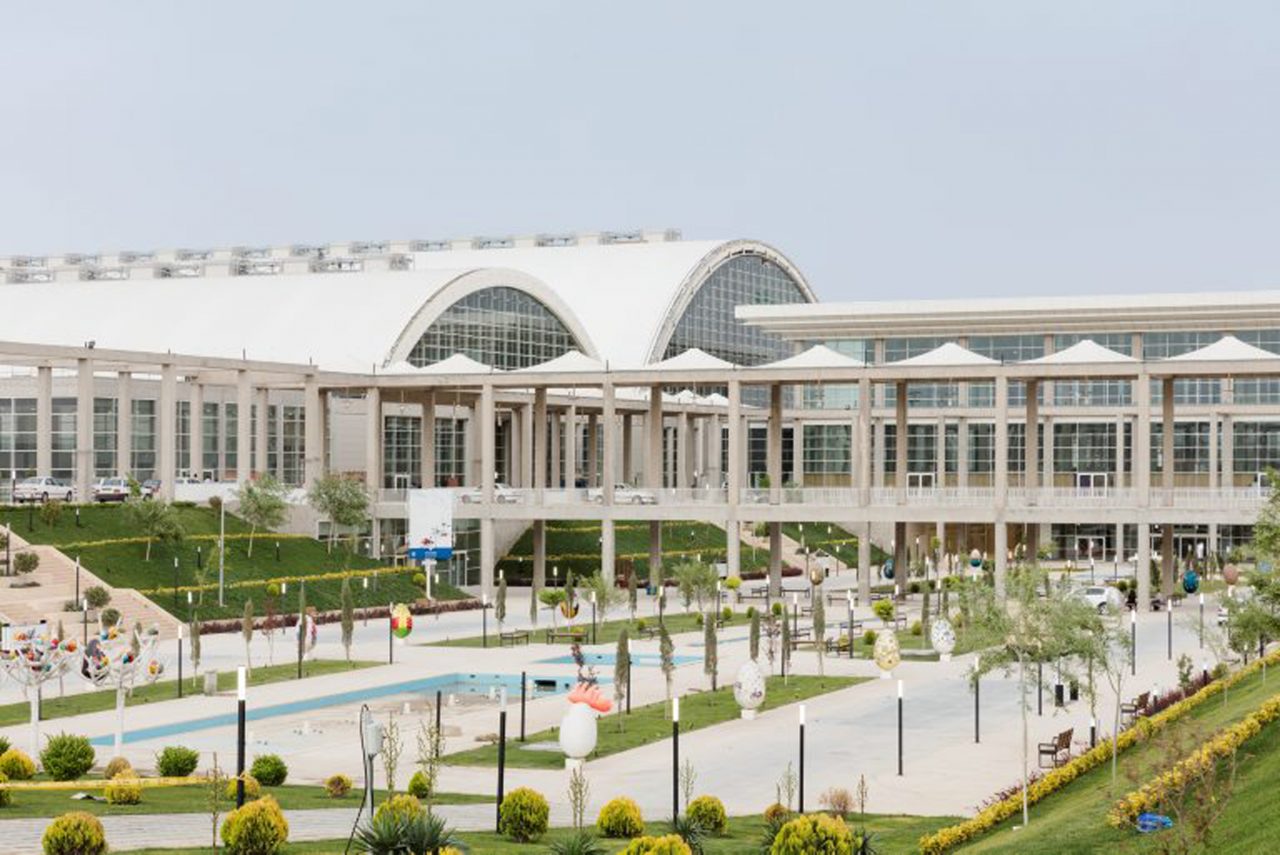 Under the motto “Future prospects for Iran”, the exhibition presents completed projects and visionary designs by gmp. For the former Ghale Morghi Airport, the first airport in Iran, which was once located outside the city gates of the Iranian capital and has long been swallowed up by the city’s growth, gmp has developed an urban masterplan with visionary character. According to the masterplan, the 270 hectare open area in the heart of this metropolis will be turned into a park in the style of a Persian garden for all citizens of Tehran.

In recent years, ten kilometers to the south of Tehran’s city center, the new Tehran Trade Fair, Shahr-e Aftab, was created to a design by Volkwin Marg and Hubert Nienhoff with Markus Pfisterer, in cooperation with the Iranian practice NJP – Naqsh-e- Jahan Pars Consulting Engineers. In May 2016, on the occasion of the opening of the 29th International Book Fair, the 1st building section of the new Trade Fair was ceremonially opened by Iran’s President Rohani and the former Tehran’s Mayor Ghalibaf. Similar to the new Trade Fair, the Azadi Stadium and the new pilgrim terminal at Tehran’s airport have been designed in the tradition of “designing in dialogue with the place”.